Elton DaSilva has been unanimously affirmed by the Executive Board of the Canadian Conference of MB Churches (CCMBC) as the conference’s national director. He will be commissioned at Gathering 2018, July 11–14, in Saskatoon.

The national staff leader search team, made up of interim executive director Steve Berg, and Executive Board members David MacLean, Howie Wall, and Karen West, received applications throughout March, interviewed several outstanding candidates in April and recommended DaSilva to the Executive Board for discernment at their May 3 meeting.

“I have joyful confidence in announcing Elton DaSilva as national director of the Canadian MB churches,” Berg says. “I believe Elton is uniquely gifted—in teamwork, bridge-building, listening across cultures and backgrounds—to lead our family into this new era of greater collaboration for the national impact of our local churches on the mission of God.”

Born into a missionary family in Brazil, DaSilva planted Christian Family Centre, Winnipeg (2000–10), and currently attends The Meeting Place. His training from post-secondary institutions in Alberta, Manitoba, and Brazil spans business administration, economics and theology. He and Ana have two young adult daughters and a teenage son.

During DaSilva’s tenure, MBCM focused on leadership development and resourcing churches—through services such as the 5C Focused Ministry discernment process and the Elevation apprenticeship program—and on building relationships in Manitoba’s Indigenous communities.

As national director, “my priority will be to collaborate with provincial conferences and MB agencies to fulfill the missional mandate we share as Mennonite Brethren,” says DaSilva.

The change in title for CCMBC’s leader from executive director to national director reflects the shift from CCMBC’s independence to greater partnership with the provinces through the Collaborative Model, on which delegates will vote at Gathering 2018. The advertised title of national staff leader was a placeholder as the board discerned the job description of this position.

“I’m looking forward to connecting across the country,” DaSilva says, “and hearing the stories of how God is at work and how we can participate in those stories.”

Interim executive director since January 2017, Berg will return to full-time pastoring at South Abbotsford Church in B.C. in July 2018. “I have been delighted and honored to serve Christ as a transitional leadership link between Willy Reimer and Elton DaSilva,” Berg says.

“Steve has brought calm, clarity, trust and collaboration during this season of so much change,” says CCMBC moderator Bruce Enns. “Thank you, Steve, for your love for Jesus and the local church. You have led us exceptionally well.” 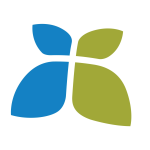 The Canadian Conference of MB Churches exists to multiply Christ-centered churches to see Canada transformed by the good news of Jesus Christ. CCMBC currently numbers around 250-plus churches coast to coast. CCMBC desires to help multiply leaders and disciple-making churches as we work toward our common mission. Their four core ministries are building community, resourcing ministry, multiplying churches and resourcing leaders.