The social media site Pinterest is famous for presenting visions of craft projects designed to look flawless and easy. As a growing collection of “Pinterest fails” attests, however, these visions seldom match reality. The comfort in these “Pinterest fails” is that other people have tried and failed to match the illusion of perfection, and their failure can provide a better benchmark for our own work: “My cake might not be perfect, but at least it didn’t look like that!”

Much parenting advice comes packaged like a Pinterest project: Try this one parenting secret to calm your child! Prevent a meltdown with this simple trick! Like the Pinterest pictures, such advice can do more to inspire inadequacy than produce better parenting. So, rather than turn to the Bible for a model of the “perfect” parent to emulate, perhaps, like the growing collection of “Pinterest fails,” the “parenting fails” of the Bible can serve as a helpful reminder that “at least we’re not that bad!”

The Herodians: What not to do

The Herodian family as described in Mark 6:14-29 is certainly a parenting fail.  While there are several model parents in the Bible to whom one could turn for inspiration—Hannah, who devotes her son to God’s service (1 Samuel 1), Mary, who treasures her son’s growth in her heart (Luke 2:19), and the prodigal’s father, who welcomes his son with forgiveness (Luke 15:11-32)—the Herodian family is decidedly not among this group.

As Mark tells the story, Herod Antipas hosts a banquet with a dance from his step-daughter Salome. Pleased with the dance, Herod offers up to half of his kingdom to the girl, who first consults with her mother about what to request. Prompted by Herodias to ask for the head of John the Baptist (6:24), Salome further embellishes the request by requesting that the grisly gift be served up in a particularly horrifying way: on a platter. Though greatly saddened, Herod accedes to the child’s request and has John beheaded.

By all accounts, Herod and Herodias’s parenting of their daughter in this narrative offers a prime example of several parenting fails. So, by taking a page from the Herodian parenting playbook, parents today can glean three lessons in what not to do.

Although Herod was not (according to Josephus) Salome’s biological father, he and Herodias presumably shared in some aspects of parenting. The moment recorded in Mark 6:14-29 was not one of them. The murder of John the Baptist is possible, in part, because the Herodian parents are not on the same page. Indeed, the parents are not even in the same place. Mark’s Greek vocabulary is oddly precise in specifying the contrasting directions of her movements: she goes in to be with Herod (6:22, 25) and out to speak with her mother (6:24). The parental partners’ separation is clear.

This is also not the first time that the Herodian parents have been divided. Mark reports that Herod and Herodias had prior disagreement on their response to John (6:19-20). Thus, their separation during the banquet is hardly surprising, especially given the ancient norm of separating the sexes during such events. The result of this separation is that the parents are not partnered when it comes to making a decision that will impact Salome.

Whether single, widowed or married, many parents have partners (e.g. spouses, care-givers, teachers) in their parenting. While parenting partners may not all agree on every aspect of parenting, having like-minded partners to assist in the endeavor can model for children multiple ways of enacting similar values. By failing to be united in their parenting, Herod and Herodias raise their child to be complicit in the slaughter of an innocent man.

Mark’s narrative suggests that Herod enjoyed listening to John the Baptist (6:20). Likewise, the text reports that Herod is deeply grieved upon hearing Salome’s request for John’s head (6:26a). As the adult in the relationship, Herod should have put his foot down and said “no.” Yet, as the text indicates, Herod did not want to decline Salome’s request.

Furthermore, lest Herod be the only parent on trial, Herodias is equally culpable. When asked by Salome what she should request, Herodias could have refused to dictate what the girl should demand. However, like her husband, Herodias fails to assume the role of the adult in the relationship, and she instead prompts Salome to ask for Herodias’s own wish: the head of John the Baptist.

Beyond this problem of allowing Salome a dangerous level of liberty, Herod’s spinelessness in the face of his step-daughter also offers her a problematic model for submitting to others over the maintenance of healthy personal boundaries. For modern parents who want their children to “just say no” to any number of harmful invitations, the Herodian parents’ inability to say “no” is a prime example of a parenting fail.

Although Herod had imprisoned John on account of Herodias (6:17), the text also suggests that Herod gladly listened to John (6:20), even when John’s message included criticism of Herod’s actions (6:18). This suggests that John’s relationship to Herod, then, was a healthy one for Herod, insofar as Herod was able to hear John’s fair critiques not only with openness but with gladness. However, when Herod feels the pressure from Salome, he does not appear to hesitate in quite literally sacrificing someone he enjoys hearing for the sake of appeasing a child.

In putting John to death, Herod gives up an opportunity for personal growth through a relationship with another adult who could have contributed to his emotional and spiritual development. Instead, Herod actively eliminates that relationship from his life.

While Christian parents today are likely not at risk of committing homicide to keep their children happy, the same temptation to sacrifice healthy adult relationships may be present in subtle and insidious ways. Maintaining such relationships, even with those who may sometimes offer well-founded critiques, is important for parents to engage in their own development, even as they work to encourage growth in their children.

The Herodian family raises a daughter who turns out to be an accomplice to murder. While most Christian parents today are not likely too concerned about their children growing up to slaughter a prophet, many may be concerned about instilling in their children the character and moral values consistent with Christian faith. Thus, even if this “worst case scenario” is not a likely one, some of the parenting decisions that led to it serve as instructive parenting fails.

The good news this story offers to parents, then, is like the good news of Pinterest fails. When compared with the Herodians’ parenting, at least we’re not that bad! 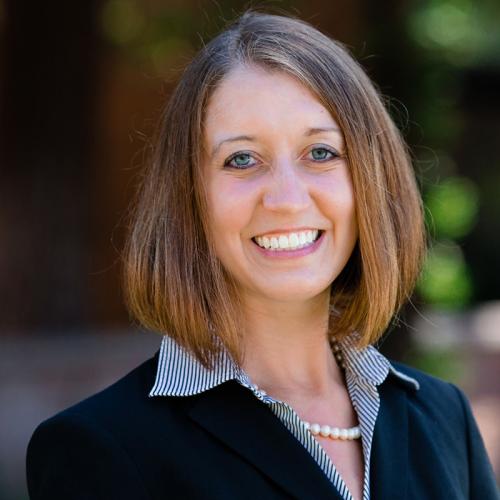 Melanie Howard is assistant professor and program director of biblical and theological studies at Fresno Pacific University. She is a graduate of Messiah College (B.A.), the University of Notre Dame (M.T.S.) and Princeton Theological Seminary (Ph.D.) Along with her husband, Jeremiah, Howard is an active member of Willow Avenue Mennonite Church, Fresno, Calif., where she serves as the chair of the Worship Commission and a member of the church council, among other roles.